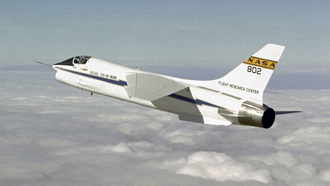 Support for the concept at NASA Headquarters came from Neil Armstrong, former research pilot at Dryden. He served in the Office of Advanced Research and Technology following his historic Apollo 11 lunar landing and knew electronic control systems from his days training in and operating the lunar module. Armstrong supported the proposed Dryden project and backed the transfer of an F-8C Crusader from the U.S. Navy to NASA to become the Digital Fly-By-Wire (DFBW) research aircraft. It was given the tail number « NASA 802. » 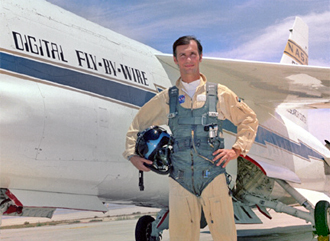