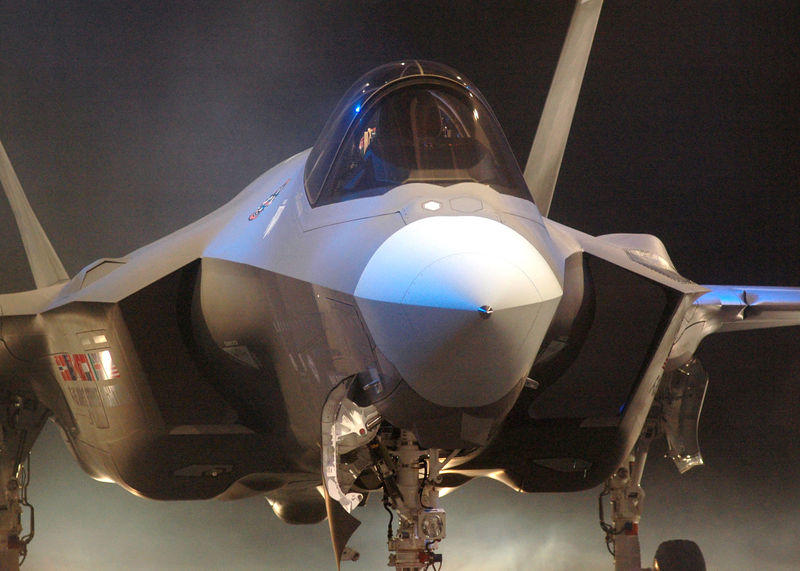 The F-35 Joint Strike Fighter flew supersonic for the first time yesterday, achieving another milestone. The aircraft accelerated to Mach 1.05, or about 680 miles per hour. The test validated the F-35 Lightning II’s capability to operate beyond the speed of sound and was accomplished with a full internal load of inert or « dummy » weapons on the one-hour flight.

« The F-35 transitioned from subsonic to supersonic just as our engineers and our computer modeling had predicted, » said Jon Beesley, Lockheed Martin’s chief F-35 test pilot. « I continue to be impressed with the aircraft’s power and strong acceleration,

and I’m pleased that its precise handling qualities are retained in supersonic flight, even with a payload of 5,400 pounds (2,450 kilograms) in the weapons bays. »

Beesley said it was also a significant achievement for a test aircraft to fly supersonic for the first time with the weight of a full internal load of weapons. The milestone was achieved on the 69th flight of F-35 aircraft AA-1. Beesley climbed to 30,000 feet (9,144 meters) and accelerated to Mach 1.05, or about 680 miles per hour, over a rural area in north Texas. The F-35 accomplished four transitions through the sound barrier, spending a total of eight minutes in supersonic flight. The flight was preceded by a high-subsonic mission earlier in the day. Future testing will gradually expand the flight envelope out to the aircraft’s top speed of Mach 1.6, which the F-35 is designed to achieve with a full internal load of weapons.

The F-35 is a supersonic, multi-role, 5th generation stealth fighter. Three F-35 variants derived from a common design, developed together and using the same sustainment infrastructure worldwide will replace at least 13 types of aircraft for 11 nations initially, making the Lightning II the most cost-effective fighter program in history.