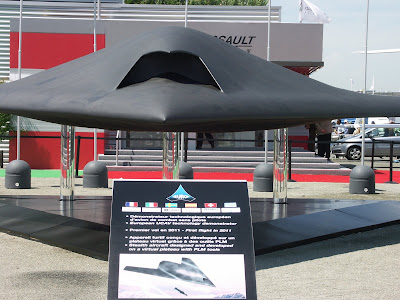 Thursday November 8, 2012 – Two Iranian Sukhoi Su-25s (Su-25K Frogfoot-A? or Su-25UBK Frogfoot-B?) would have fired at a U.S. drone last week on November 1, at 04.50 am (Eastern Time) as it was flying above international waters – 16 miles off the Kuwaiti coast, according to the Pentagon.

The General Atomics MQ-1 Predator unmanned aerial vehicle (UAV) was not above Iranian territory when it was intercepted by Frogfoots which engaged the drone. However, the Predator was not shot down, and returned to its base.

George E. Little, Press secretary of the U.S. DoD (Department of Defense) stated: « We have a wide range of options from diplomatic to military. »

“No one returns the symbol of aggression to the party that sought secret and vital intelligence related to the national security of a country,” Iranian General Hossein Salami said.

Nothing more was revealed but the U.S. Air Force admitted that the UAV would have had a malfunction on its course to Iran after leaving Afghanistan. The pictures of the fuselage cannot show evidence of shooting down, and nothing proves what the Iranian officials suggested about EW (Electronic Warfare) means which might have brought down the drone to the ground perhaps by jamming.

Drones and robocopters could provide medical aid and food for isolated people all over the world:

Thanks to its HTAL (High Torque Aerial Lift) advanced tilt-duct propulsion system, the AD-150 Unmanned Aircraft System (UAS) has been designed to take off and land vertically (VTOL) as well as reach a speed of about 300 knots.

It is still being developed by American Dynamics Flight Systems. Its airframe is to be made up of carbon fiber and kevlar materials. It could be one of the most effective drones of its generation with its versatile payload configuration; GCS interfaces; and interoperable data links. Its Pratt and Whitney engines could be feed with Jet-A; JP-4; and JP-5 fuel.

By continuing to browse this site, you agree to our use of cookies.