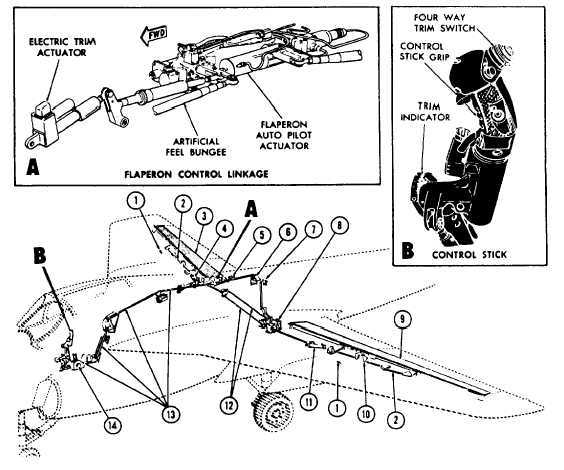 Longitudinal control systems control pitch about the lateral axis of the aircraft. Many aircraft use a conventional elevator system for this purpose. However, aircraft that operate in the higher speed ranges usually have a movable horizontal stabilizer. Both types of systems are discussed in the following text.

HORIZONTAL STABILIZER CONTROL SYSTEM – Horizontal stabilizer control systems are given a variety of names by the various aircraft manufacturers. Some aircraft systems are defined as a unit horizontal tail (UHT) control systems, while others are labeled the stabilator control system. Regardless of the name, these systems function to control the aircraft pitch about its lateral axis.