Warning – This voice communication does not comply with the International Civil Aviation Organization’s (ICAO) recommendations. However, you can click off, and listen without reading the script on this video in order to jot down this radio communication for listening training purpose: 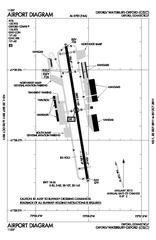 Click on the map above to enlarge. (U.S. Department of Transportation, Federal Aviation Administration courtesy via Wikimedia)

Landings may be difficult at times, indeed…

For language training purpose only

11/30/2011 – The news broke today : The Swiss Air Force is to acquire 22 Sweedish SAAB GRIPEN fighter aircraft. The Swiss government had warned that they were compelled to squeeze their budget for this $3.36 billion bid as they could not afford to purchase the 33 fighter aircraft planned for the replacement of their F-5 Tiger fleet.

In spite of its outstanding performance during the tests as well as over the battlefields in Afghanistan, and in Libya, the Dassault Rafale was not chosen. Moreover, like the EADS Eurofighter/Typhoon, it was deemed too expensive for Switzerland could not buy as many aircraft within the budget allocated.

The Gripen is a good option for Switzerland since it is the cheapest one. The version to be delivered – JAS 39E/F or Gripen Demo/NG – is believed to be an excellent one – IRST (InfraRed Search and Track); ES-05 Raven AESA (Active Electronically Scanned Array) radar & SAR (Synthetic Aperture Radar); Electronic Warfare (EW) systems; Helmet Mounted Sight and Display (HMSD)…

However, this new-generation Gripen NG is a single engine fighter aircraft. It was tactically outperformed by its opponents, and last but not least, it has not yet been produced. As a matter of fact, the Swiss should be involved in the R&D works.

It was chosen by the SDMA – Swedish Defence Materiel Administration – in order to provide 3D imagery to Gripen simulators last year.

The images can be compared several hours apart to establish whether threats can be considered in the latest analysis. As you can see in this video, the result looks quite accurate and useful for network centric warfare (NCW) purposes: